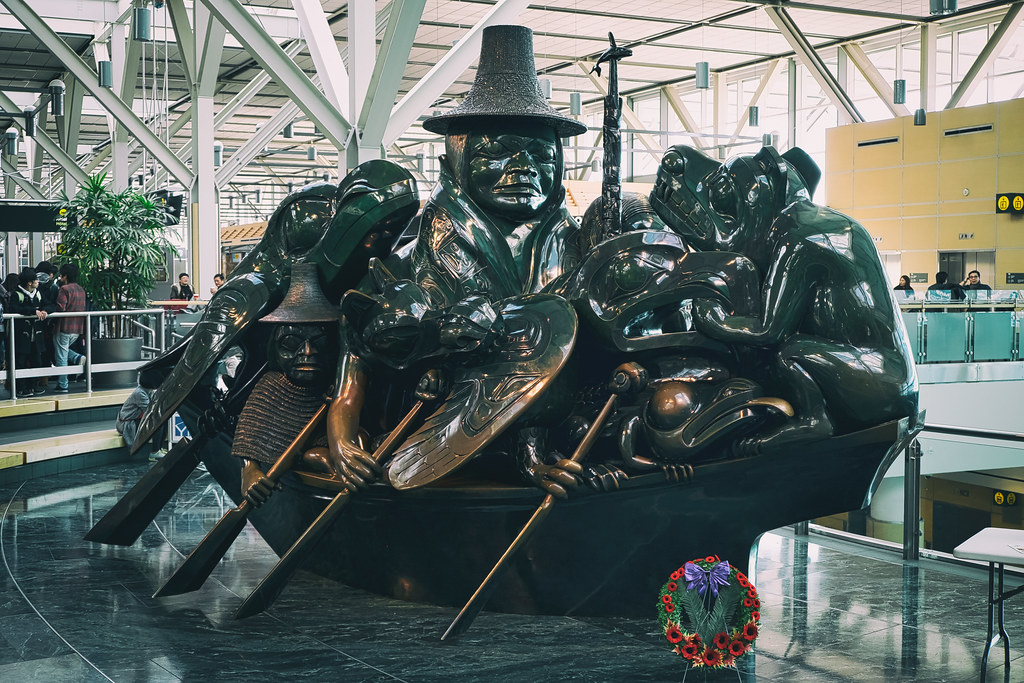 Originally conceived and created for the new Canadian embassy in Washington D.C., the sculpture was first created in 1986 as a 1/6 scale clay maquette. It was enlarged to a full scale clay model in 1988. In 1989 a mould was taken from the full scale model and the sculpture was cast in plaster for further refinement. Later that year, the plaster pattern was completed and sent to Tallix Foundry in New York State. The first bronze casting was completed in 1991 and donated to Her Majesty the Queen in Right of Canada (the Government of Canada) by Nabisco Brands Ltd., Toronto, Canada. It was put on display November 1991 at the Canadian Embassy in Washington, DC. and is titled The Spirit of Haida Gwaii: The Black Canoe.

A second and final casting, titled The Spirit of Haida Gwaii, The Jade Canoe, was commissioned by the Vancouver International Airport Authority in 1993. It was completed at the Tallix Foundry under the supervision of Bill Reid and installed here to welcome visitors from around the world on the 18th of April, 1996. http://ift.tt/1QvZrsA